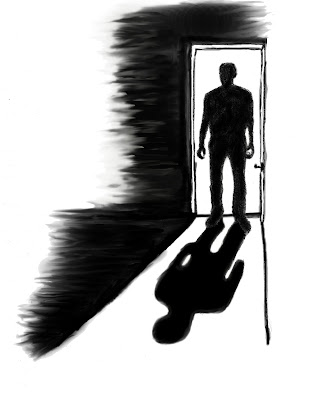 Most fiction writers put a lot of themselves into their hero/heroine. They either draw from their own life experiences when the character faces trials, or they endow the lead with some of their own characteristics. You have to invest a lot of time into your protagonist, to make them likable, interesting, and readable. Then you have to make the plot thicken so here comes the conflicts, the antagonist/villain, or natural disaster to liven things up a bit. So as a writer one has to do some pretty terrible things to their beloved characters. Which in itself is a little twisted if you think about it. It's like tormenting yourself, tearing out your own heart and soul and punishing one you love for the enjoyment of others. Yep, we authors are a sick twisted bunch.

In my series the "Children of Cain" my heroine, Gwenevere, goes through quite a lot to put it mildly. But for me, the dark nature of her reality is what gives the series a sense of realism. I, like many before me, have drawn heavily from my own life when creating my literary fantasy land. And although my childhood was not an easy one, I attribute the person I am today to my ability to overcome and learn from past mistakes and trials. To me a story such as mine wouldn't be realistic without the darkness. Her strength of character wouldn't shine forth without the obstacles to push her to find greatness within herself. So, although I love and worship my little sarcastic green-eyed Witch (Gwen) I have to push her to the breaking point time and time again.

Before publishing the first book ("The Forsaken") in the series, I had a group of beta readers give me some notes. However, a few felt that there was too much darkness in the subject matter. Some objected to certain "bad" characters in the book not understanding why they had to be a part of the story or why Gwen had to go through these terrible things.

Something all writers understand, but not all readers do, is that every obstacle, every plot turn along the journey is carefully orchestrated to develop the character or to move the story along. There is a reason Gwen has to go through these things, it's all to turn her into the person she needs to be by the end of the series when she has to make some pretty hard choices.

One of my favorite dark tales is "The Black Jewels" series by Anne Bishop. A great read if you like Fantasy, dark magi,c and amazing world building. I've noticed that the books that I truly enjoy are the ones that aren't afraid to go into dark places and expose the weaknesses of their world. However, they often end with a message of hope that seems to reiterate the saying, "There can be no light without the dark."

But what do you think? Do you like things on the dark side or do you prefer to keep the mood light? What are your favorite books? Whether dark or light, share them in the comments. Now go forth and read, love, and enjoy life. Till next weekend.

R.J. Craddock
Posted by Unknown at 9:15 AM No comments:

It's been a while since I've done one of these posts. So far I've done one for comedy and classics this time around  the genera is Horror!  A quick disclaimer, I have to admit that I'm not a huge horror fan so my favorite horror movie quotes and the movies they come from are not typical.

1) Psycho (1960)  Based on the novel by Robert Bloch, screenplay by Joseph Stefano. Directed by Alfred Hitchcock. Staring Anthony Perkins, Vera Miles, John Gavin and Janet Leigh (Jamie Lee Curtis' mom) - "I think I must have one of those faces you can't help believing." (Norman Bates: Anthony Perkins)
Norman Bates' mother has been dead and buried in Greenlawn Cenetery for the past ten years! (Sheriff Al Chambers: John McIntire)

2) Wait Until Dark (1967)  Based of the play by Frederick Knott, screenplay by Robert Carrington & Jane Howard Carrington. Directed by Terrence Young. Staring Audrey Hepburn, Alan Arkin, Richard Creena.
"I cannot negotiate in an atmosphere of mistrust." (Roat: Alan Arkin)
"Oh you must be so bored with me, everytime you come in here, I'm in absolute panic." (Susy Hendrix: Audrey Hepburn) 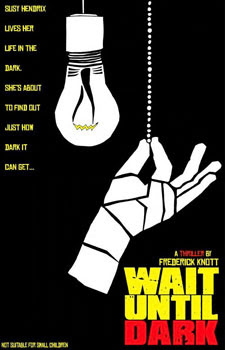 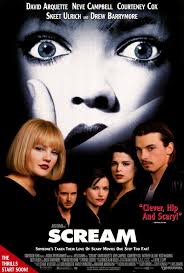 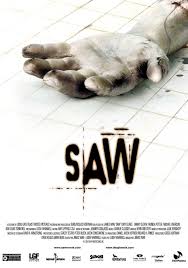 5) Carrie (1976) Based on the novel by Stephen King. Screenplay by Lawrence D. Cohen. Directed by Brian De Palma. Staring Sissy Spacek, Piper Laurie, and Amy Irving.
"They're all gonna laugh at you." (Margaret White: Piper Laurie)
"It has nothing to do with Satan, Mama. It's me. Me. If I concentrate hard enough, I can move things." (Carrie White: Sissy Spacek) 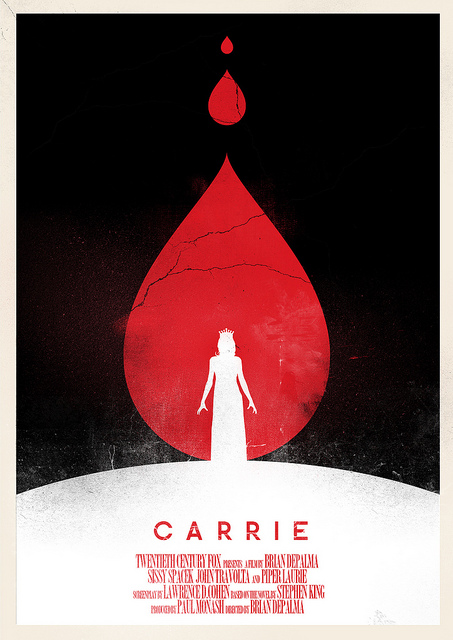 So there you go. Some of my favorite horror movie quotes. Now go forth and watch some Horror flicks on your own, and share your favorite quotes from them here! Till next time have a horrifically awesome weekend.

Posted by Unknown at 4:42 PM No comments:

Who Wants To Live Forever? 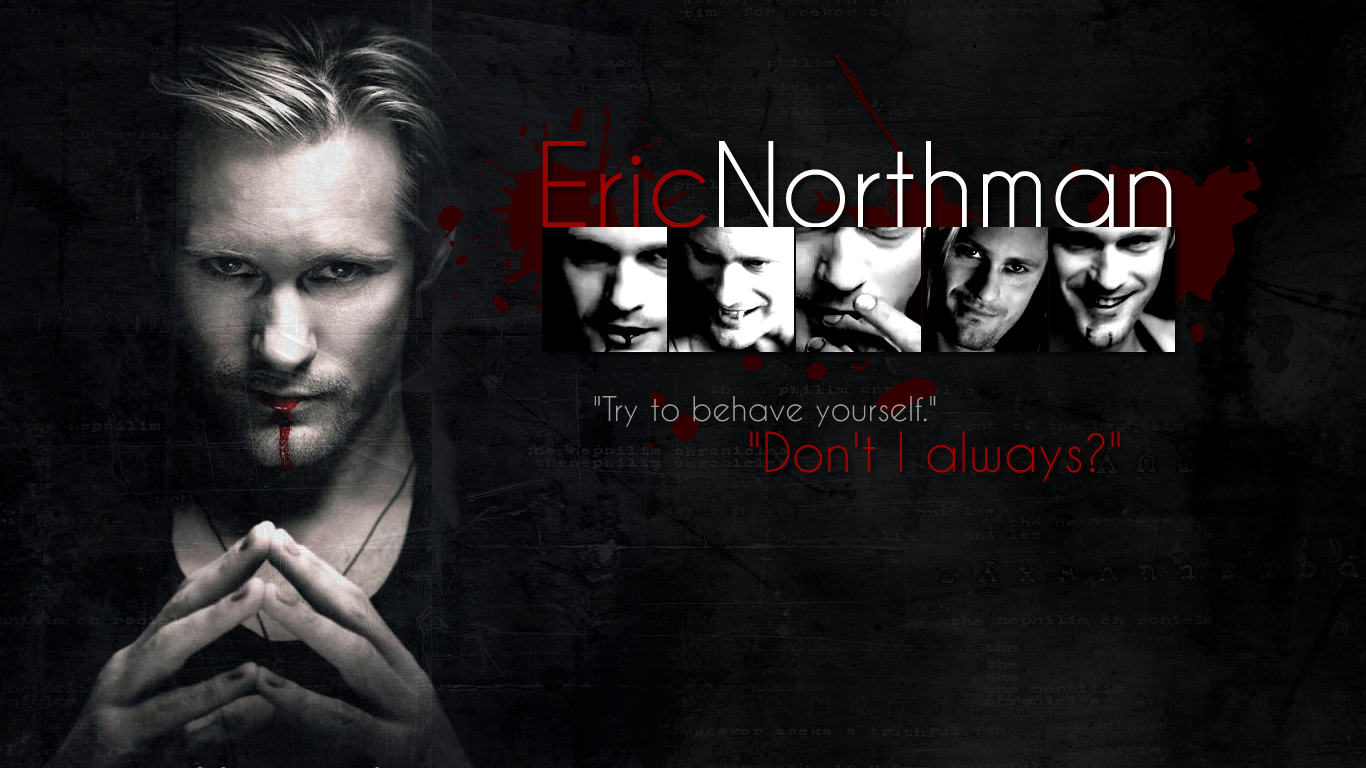 I've read a lot of books, quite a few of them featuring characters with blood-sucking, night-walking, never-aging immortal tendencies. Currently I am reading the fourth book in the “Mortal Instruments” series by Cassandra Clare. One of the characters is a teenage boy who has been turned into a Vampire, then, through drinking the blood of a remarkable personage, now has the ability to walk in the sun. They call him "daylighter" because of it. He can only live on blood now but isn't the homicidal type, so he's sneaking animal blood to get by. He's in denial, trying to live his life as much like a normal teenager as possible, including living with his mom who has no clue what’s going on with him, except the maternal instinct that keeps nagging at her that something ain't right with her baby boy. No, I'm not doing a book review. I just wanted to talk about this because as I was reading it, I started thinking of all the Vampires I've read about over the years.

Vampires have been portrayed a variety of ways in books and film. From Nosferatu (creepy as all get out, not sexy at all) to Victorian Vampire Lestat (sexy, in a refined kind of way) to Twilight's Edward Cullen (brooding, teenage, glittering, stalker’ish dream boat) to True Blood's Eric Northam (sexy, hunky, dark, dangerous and hilarious). By the way the last one is my favorite Vampire of all time! Partially because i love the character from the books and how they brought him to life on the TV show, and because the actor (Alexander Skarsgard) reminds me of my husband. Anyhow, in all these stories, Vampires--whether sexy or creepy--have held some kind of allure for the readers/viewers. When I was reading this book earlier I suddenly thought "Why? Why are we drawn to this mythical creature? What is the allure?"

So I want to pose the question to you, my readers, "Who wants to live forever?" Really let’s think about it. "What are the pros and cons of being a Vampire?" Here's a few I came up with:

Personally, I don't think living alone forever on the blood of others sounds like a whole lot of fun, it sounds downright depressing! I'd much rather be a Fairy. Give me some awesome wings, sprite-like powers, and mythical enchanting beauty; that's all I need. But I want to hear what you all think. So let’s hear you sound off below. To be a Vampire… Yay or Nay?

Well, I'm off to write more of "The Offspring" book two of the "Children of Cain" series. In case you didn't know, book one "The Forsaken" is now available in print and Kindle form at www.rjcraddock.com

You can also find it on Amazon and Barnes & Noble. Below I've added a video of the song "Who Wants to Live Forever" and "Princes of the Universe" by Queen. Yes, I know they were both on the soundtrack for "The Highlander" film, which does involve immortals, but who are not Vampires. Now go forth and enjoy the video, enjoy my book, or just enjoy your life!

In case you haven't heard yet my book "The Forsaken" is finally available on kindle! Whoo-hoo! The next step is to start recording the audio book version.

I noticed that in the last two months since my book was released that there are all sorts of different kinds of readers. I personally have a thing for traditional printed books. Whether leather bound, hardback, or paperback, I love them all! I try to collect all my favorites. At one point I had a job that was obscenely boring but was fortunate in that they allowed me to listen to audio books on the job. During this time I read/listened to a lot of books! I learned to love audio books almost as much as printed ones. My favorite audio books are "The Outlander" series by Dianna Gabledon, and "Inkspell" by Cornilia Fluke. The second book in the "Inkspell" series was narrated by Brendan Fraser. Let me tell you that he makes a wonderful narrator. Apparently the author invisioned him as the lead character (Moe) while she wrote the book. Brendan Fraser did ultimately play "Moe" in the film version of Inkspell. Cool huh?

Anyhow, I've been going all around town talking to people about my book and passing out bookmark/buisness cards. Half the people I've met were interested in the book only if it was in eBook or Audio book format. I found this curious at first, because I am not one for eBooks myself. However, as I spoke more to readers about their preference in format and why, I started to understand why someone might like their book digital, or audio instead. So here it is, the pros and cons of a printed book, eBook, and audio book.


Those were all the pros and cons of each format I could think of. If anyone out there has some other pros and cons they'd like to add feel free to list them in the comments below. Now go forth and get "The Forsaken" on kindle (if your a kindler) or else get it in print, or if you like, you can wait for the audio book coming soon!